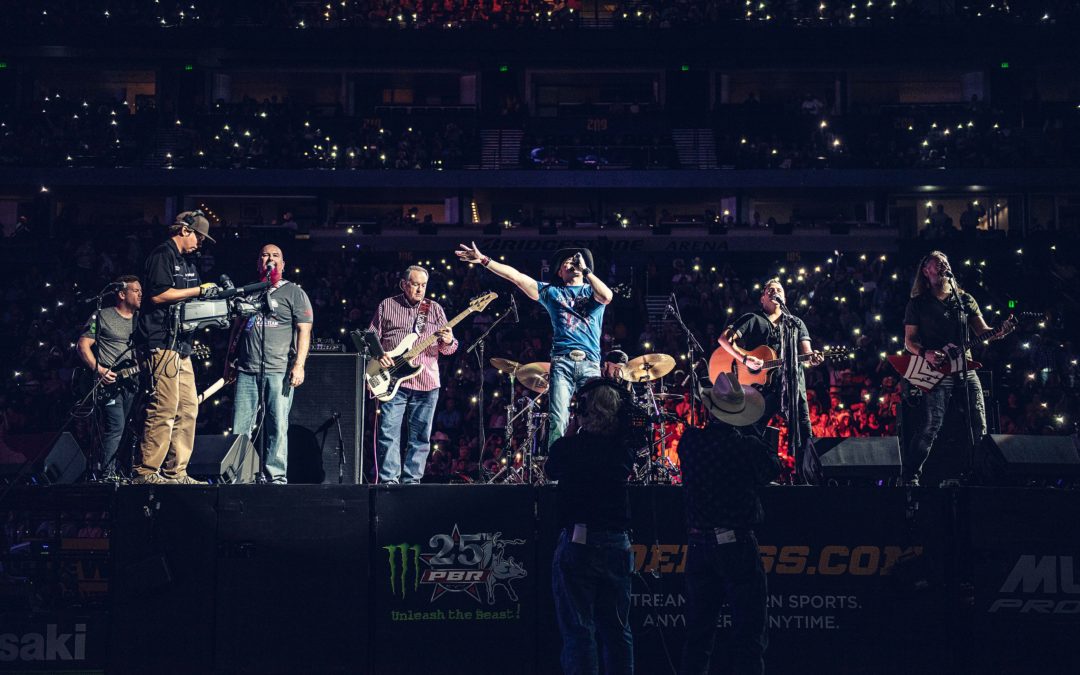 Photo by Manny Cabo
Bridgestone Arena in Nashville, TN was full of light on August 18th with Former Arkansas Governor Mike Huckabee joining Ryan on stage during the PBR’s Music City Knockout Celebrate America night. While Ryan performed “That’s What America Means to Me” from his PBR Music “Celebrate America EP,” the crowd lit up their cell phones for America’s Heroes. The Huckabee Show spent the afternoon with the PBR and aired the segment on August 20th.
See the Huckabee segment here:
https://youtu.be/zHIM44V_-zs
“How often does an artist get to share the stage with a former Governor and Presidential Candidate? Mike Huckabee is one of the most genuine, kind, humble men I’ve ever met, and I couldn’t be more proud to bring him up on one of PBR’s most patriotic nights to play bass. It’s just one of those moments you never forget!”
For media inquiries please contact Nashville Music Media HERE.