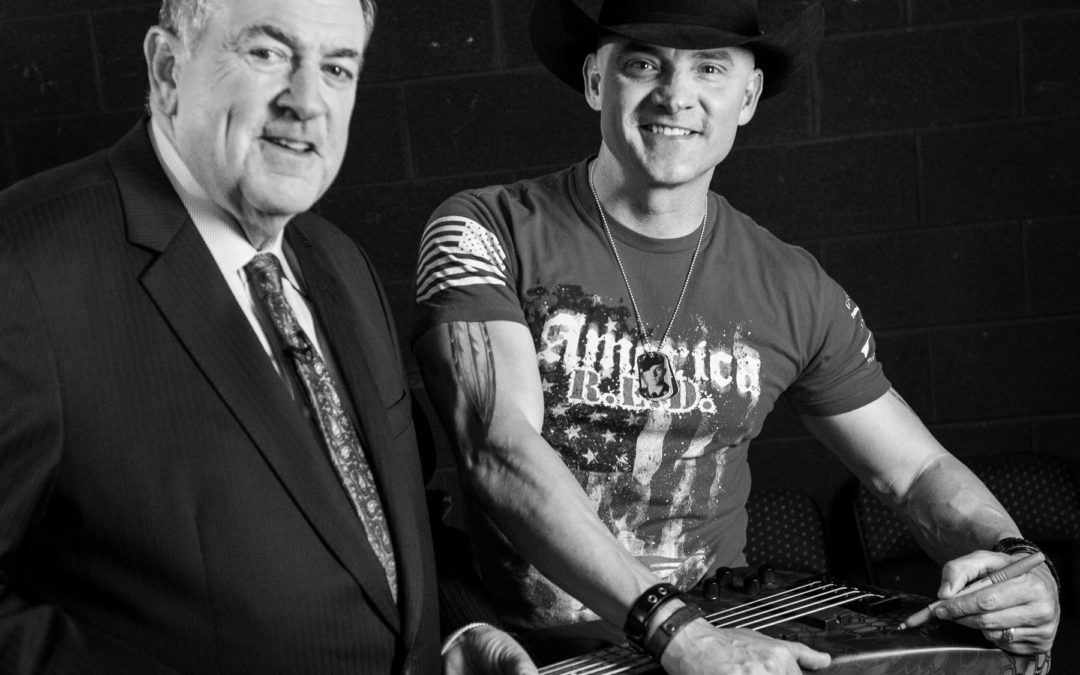 Photo courtesy of Huckabee
Ryan Weaver performed on May 19, 2018, on Mike Huckabee’s TBN show “Huckabee” which reaches over 100 million households world wide. The show is filmed in Hendersonville, TN and on Saturday nights.
See Ryan’s performance here:
https://youtu.be/anvbb_BK-J8
“I’ve been a huge fan of Governor Huckabee’s for quite some time. His values and character are beyond reproach, and he’s quite a talented musician as well!”
Performing on the former Arkansas Governor and Presidential Candidate’s television show also turned in to a potential performance opportunity with the conservative talk show host.
“When we were back in the green room, my PR Agent, Tresa Halbrooks, suggested I ask Governor Huckabee to perform with me in an upcoming Professional Bull Riders event at Bridgestone Arena in Nashville. I really didn’t know if he’d accept my invitation, but he seemed really excited about it when I asked. I’d love to share the stage with him. I was absolutely honored to meet him and to perform on his show.”
For media inquiries please contact Nashville Music Media HERE.